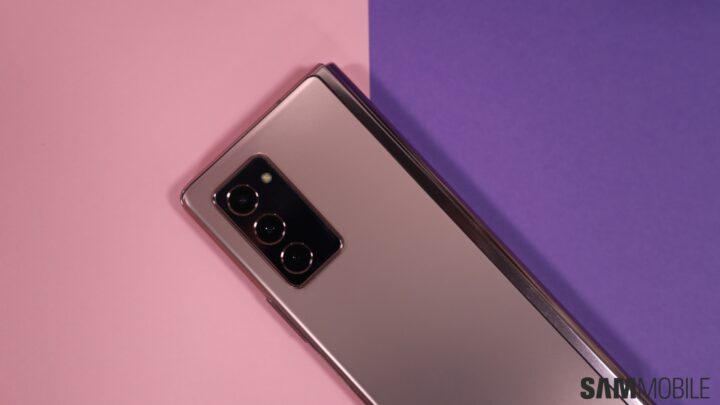 The Android 13-based One UI 5.0 update for the carrier-locked version of the Galaxy Z Fold 2 comes with firmware version F916USQ2IVK5 in the U.S. The update also brings the November 2022 security patch to the foldable phone. While the device should receive security updates every month, the phone has not yet received the December 2022 and January 2023 updates.

The new update is available on Sprint and T-Mobile’s networks in the US, and more carriers in the country could release the update in the coming weeks.

If you are a Galaxy Z Fold 2 user in the US with a carrier-locked version on the networks listed above, you can download the Android 13 update by going to Settings » Software update and tap Download and install. You can also choose to download the new firmware file from our firmware database and flash it manually.

Samsung has renamed Bixby Routines to Modes & Routines and simplified its use. Bedtime Mode has been renamed to Sleep Mode. The company has also made it easier to discover routines so more people can use them. The Settings app now has a Connected Devices menu where you can find all the features related to connected devices, including Android Auto, Quick Share, Samsung DeX, and Smart View.

The Privacy and Security sections of the Settings app have been merged into one section. One UI 5.0 simplifies using the camera app as one-handed zooming becomes easier. Pro mode now has information on all functions and a histogram to check exposure. The camera app now offers the watermark feature. Samsung has also enabled the telephoto camera in its camera’s Food mode. Single Take and Stories have also been improved.

The built-in photo editor and video editor in the Gallery app have been enhanced with new features and effects. There are now more ways to edit a GIF. The phone retains the portrait mode effect even after more edits are applied. You can turn drawing on pictures into perfect shapes by long pressing on the picture after you finish drawing shapes in the picture editor. Samsung has added 60 new emoji stickers to the editor.

The Galaxy Z Fold 2 also gets more AR Emojis, emoji pairings and the option to use transparent backgrounds for AR Emojis. Samsung Keyboard now has 80 more emojis to create animated emoji pairs. The taskbar in Samsung DeX mode has been improved, with the addition of a mini calendar widget, a new notification indicator and faster actions via the right-click function.

The foldable smartphone also gets a maintenance mode that you can use to keep your data safe while handing the phone over to a service center. When you try to share images that contain sensitive information (such as credit card numbers or login details), the phone will notify you so that you can take appropriate action.

New accessibility features that Android 13-based One UI 5.0 brings to the Galaxy Z Fold 2 include quick setting toggles for high-contrast fonts, color inversion, color adjustment, and color filter. Magnifier is easier to access, more voice assistance features are available, and accessibility buttons can be edited.